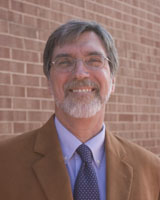 Professor Lee Becker, the 2016 U.S. elections were watched closely by the entire world, and Romania makes no exception.  Much has been said about their strategic importance, the changes they are likely to bring about domestically as well as globally. In our opinion, the commentariat moved all the way too quickly from covering the result of the elections to their possible consequences without insisting on how this stunning result was achieved in the first place. Therefore, the focus of this interview is on possible explanations of the elections’ results, especially in what media and communication are concerned.

This was not typical. Donald Trump captured the Republican nomination through tactics not usually seen in U.S. politics. He ran against the party, not as a part of it. Since the voters pick the candidates, not the party leaders, he was able to do this. He ran as a successful businessman, entertainer and outsider, and the activist base of the Republican party that votes in primaries chose him.

In the general election, Trump continued to run against the party, but with the weak support of the party leadership nonetheless. He relied much less on advertising and traditional ways of reaching the people. He achieved a tremendous amount of free media through his rallies and his outrageous actions and statements. He used his skills as an entertainer very effectively. He also used social media extensively and effectively.

Trump read his audiences very well. He truly has an entertainer’s skill at knowing what to say and how to say it to engage the audience. He said whatever would rouse the crowd or generate media attention, without any regard for whether he meant what he was saying. Truth in the traditional sense is meaningless to him. He is not bound by facts or even what has said in the past.

She never figured out how to address the issue of her perceived dishonesty. The Republicans created the email scandal by holding hearings and focusing on it. Rather than explain in clear and factual terms what had happened and why, she let others explain. Those explanations always were ones that made her look dishonest.

Trump ran as an outsider. Clinton was the perfect foil. She has been in public life her entire life.

He has the skills of an entertainer. He does not concern himself with policy or facts. He says what plays to the audience.

I don’t think the answer to this is known at present. We know that Trump used social media to stir controversy, which the traditional media amplified what he said. I don’t think we know what kinds of effects Trump’s use of the social media had directly. It may not be knowable.

There are a number of explanations for overestimating the margin of Clinton’s victory. Turnout is a big issue, and that is part of it. And we don’t know what happened to the undecided at the last minute. The best guess at present is that turnout was not as strong among Clinton’s supporters as expected and that those who were undecided at the end broke for Trump. It also is possible that the Trump supporters didn’t want to tell pollsters they were supporting him when they were contacted or that they refused to participate in the polls to make them wrong or because they didn’t want to say they would vote for Trump.

The media focused on projection models, all of which, of course, showed a possibility that Trump would win. To take one example, Nate Silvers of FiveThirtyEight had the projection on Nov. 8 before votes came in at 71 to 29 in Clinton’s favor. A three-out-ten chance is far from Zero, but the media focused on the 7 rather than the 3.

We have never had two candidates viewed so unfavorably by the voters as these two. That, alone, makes the election a special one, and any lessons taken from it have to be interpreted in that light.

Professor Lee Becker teachers journalism writing and reporting and research methods. His research focuses on labor markets, on communication education and on media and development. He is the director of James M. Cox Jr. Center for International Mass Communication Training and Research, University of Georgia, U.S.

Romania – US relations in Trump era. Where to? 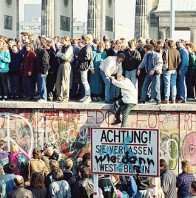 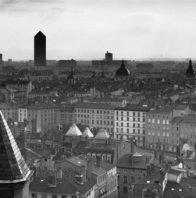