The world we live in is “a world in flux”, as J. Verbeke aptly describes it. The trans-Atlantic world itself, which is at the core of the liberal order and embodies it, is in flux, too. Difficult as it may be to talk about the precise starting point of the so-called “trans-Atlantic deficit”, milestones in its development can be identified, such as: the second Iraq intervention from 2003 (“old Europe” and “new Europe”), the global recession 2007 – 2008 and its accompanying resolution mechanisms (massive bailouts vs. austerity), the events in Georgia (2008) and Libya (2011), the discussion about Grexit in the context of the Greek bailouts, the calls for burden-sharing inside NATO, TTIP negotiations, Brexit. Seen in this wider perspective, the explicit retrenchment of President Trump from EU affairs (explicit at least in rhetoric terms) was preceded by actions undertaken by both President George Bush Jr. and Barack Obama. President Obama’s “Pivot Asia” can arguably be seen as a stepping stone for Donald Trump’s “America First”, with its implicit overtone “Europe second, or even third, fourth”. It may be an evolution from a policy of “benign neglect” to one of “malign neglect” or downward hostility, but Donald Trump’s Presidency is definitely an accelerator of long-term trends, whose peak can be aptly described as “Post-American Europe” (T. Wright).

On the other side of the Atlantic, the most important geopolitical event is, by far, Brexit. UK leaving the EU fractures the trans-Atlantic world right in its middle, affecting the UK in the first place, the EU as a whole, but most dramatically EU Eastern periphery, namely Central and Eastern Europe (CEE). I believe that the concept of “two-, multi-speed Europe” would have never acquired the current quasi-official recognition without Brexit. These developments – Brexit, 2- or multi-speed Europe (with the subsequent calls for the federalization of the Eurozone – the core of the EU), the return of the East-West divide and the political crises in CEE – are not unhappy coincidences; instead, they can be seen as wide reflections of the unwillingness or incapacity of the European core to hold together its two peripheries, the Western and its Eastern one. This core-periphery divide inside the EU is of utmost importance for the trans-Atlantic world and the post WWII liberal order, besieged as they may be right now. The reinforcement of the liberal order, which has represented the bedrock of the remarkable global stability that we have experienced for the past 70 years– can hardly be imagined with US continuing its political and diplomatic retrenchment from EU affairs (one the one hand) and with EU being divided and allowing its margins to be ripped, on the other.

Keeping this macro-(geo)political view, the reemergence of the East-West divide in the EU is a worrisome phenomenon. Brexit reinforced the geopolitical anxiety of such states lying at the Eastern periphery of the European Union, awakening old fears of “abandonment by the West” in the context of a now fractured trans-Atlantic world. Ironically, this divide appears to be even starker than during the peak years of the Cold War. Regarding this emotionally and culturally overcharged topic, let me make two comments.

First. The divide – which long precedes the EU – thrives on a real “development” gap, that has socio-economic, cultural and historical determinants. The first thing to clarify about this gap is that economic growth should not be taken for development, which is simultaneously an economic, social, political and cultural phenomenon (I. Goldin). Reducing development to its economic component is a source of great misunderstanding for the anti-liberal revolt in CEE (in Poland, for example). Bewilderment of some analysts in the face of the newly found “Polish phenomenon” (and CEE phenomena at large) is partially due to reliance on the argument that “economy is not a stabilizer; if it were, Poland would act differently right now”. Economic growth solely may or may not be a stabilizer; but development, that is, balanced, inclusive and vibrant economic growth that makes the most of a society’s potential and creates the feeling of belonging for the most part of it, definitely is. The Union’s failure in making significant contributions to closing this development gap – in real and perceptual terms, too – is a topic that is worth our attention.

The “illiberal”/ “populist” backlash in CEE definitely underscores some commonalities with the larger anti-liberal, anti-global revolts, while displaying some distinctive features, too. Without placing it in this broader global and/ or European context, chances are that we will end up with a naïve understanding of it, having to do solely with “nativist”, “nationalist”, “populist” politicians, or with equally simplifying labels pointing to the Communist legacy, nostalgia and xenophobia that allegedly characterize this part of Europe.

“Does European Populism Exist?”, the Oxford Professor Timothy Garton Ash wondered during a recent lecture at Minda de Gunzburg Center for European Studies, Harvard. Does CEE populism exist? Yes. But not as a simplifying label, as an umbrella term which loosely designates “somebody or something I disagree with”. But as a crossroads of emotional reactions (resentment, anger, discontent, you name it) to at least three encompassing phenomena: globalization, European integration and a transition from Communism to market economy driven by a bygone Washington Consensus, by a brutal neoliberal recipe.

The reality and the ensuing perception that globalization (especially in its understanding as “Americanization”) and European integration, respectively, create winners and losers – that is, citizens, groups and countries that are left behind – need to be acknowledged and publicly debated. These debates on the real problems and challenges brought about by both hyper-globalization and hyper European integration (and, in CEE, by hyper liberalization) should avoid excessive demonizing and labelling. In CEE, no one seriously regrets Communism; yet there are strong feelings of resentment and discontent (unequally spread across countries) that the new order that resulted after the fall of Communism favored a small, cosmopolitan, liberal elite and that it created a second-order status for the countries overall and for their citizens. As the same famous Oxford professor underscores in his lecture, what the Polish leaders capitalize on is the perceived inequality (not of income, primarily), but of inequality of opportunity, of attention, of respect. What they ask for is “the redistribution of prestige”.

Until now, it appears that Western efforts to counteract the illiberal/ populist backlash in CEE have relied exclusively on the lack of nostalgia for communism and/ or fear of Russian assertiveness. Question remains as to how sustainable and resilient these efforts are. 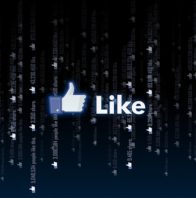