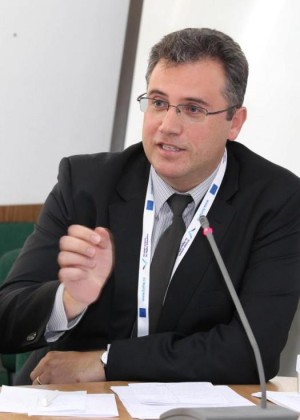 In 2017 we will celebrate 30 years since the implementation of Erasmus programme and the results are incredible: 3 million beneficiaries and … (surprisingly) one million children from mixed couples facilitated by the European mobility offered … We can say that Erasmus has formed a European spirit? Is the Erasmus generation a “European seed” that we desperately need?

We begin to see the results of these preparations at the higher level – Matteo Renzi, when he just turned 39, became Italian Prime Minister, and beyond political convictions, one of his strengths was, in the words of himself, his youth. Renzi is considered “an exponent of the Erasmus generation, made up of young people who have known almost exclusively the euro” and believes in the “European values promoted by the founders of the Union”.

I recently read Sandro Gozi’s book regarding the impact of the Erasmus generation on the EU. Even though I did not experience this program, I have similar feelings having been a few years (in the 90s) in the Executive Committee of the European Students’ Forum (AEGEE-Europe).

The Erasmus generation has accumulated much experience and it is a pity that they did not take on many political responsibilities. They prefer to remain behind the scene within NGOs, European industrial federations, multinationals, and in public administration (even European), although enjoying a good knowledge of European politics. Their involvement would benefit the political system; they represent an extremely valuable resource. Young political class began to catch, but the Erasmus generation is still missing.

But what is the problem? Why does the Erasmus generation not have a major impact on the current European policy?

I’ll answer without hesitation; we are in this situation because of the current procedure on electing MEPs. Currently, even if someone really thinks and believes it’s time to get involved in political arenas in Europe, he or she needs a national approach. You need to “dive” into the national political systems, make yourself useful, and bring your added value, to face internal pressures. You can also end up in some local election and possibly after many years you will be given the possibility to run for a European position. But believe me; the Erasmus generation will not do such a compromise. They will refuse political involvement without scandal; they will look from a distance at the European elections…

The only solution to involve the Erasmus generation in the European political arena is changing the way in which the 751 MEPs are currently elected. And that does not mean just an additional list, a topic already circulated as a project, the so-called “European List of Andrew Duff” with 25 members. We want to have true European political parties, not a “sum of national political parties”. The European elections need to be real European elections, not a “sum of national elections”. European Citizenship should not be the sum of the citizenships of EU member states.

The preferred electoral system algorithm is simple; parties wishing to enter the European Parliament must pass the 5% threshold, basically to have at least 38 deputies in the European legislature. Ideally, a system focused on regional lists, combined with preferential voting. Regional trimming must be done in order to not coincide with the existing national structures. National party leaders may not be responsible, not even for the political outcome of the European elections. Responsibility should be transferred effectively to the European structure, to the elected European party leaders.

If we do an analysis at the level of national parties currently in European Parliament, the result is striking. Not even the Christian-Democrats of Angela Merkel (34) or Italian Democrats (30) will manage to have sufficient number on their own. Whether they want or not, the parties from EU member states must ally to get at least 38 MEPs.

Can the electoral system change before European elections in 2019, to have just European lists? The answer is definitely NO, it’s too late now, perhaps by 2024. What we propose now is a deeper discussion on the occasion of Future EU debates, officially launched in Bratislava in September 2016 and the first results will be presented in Rome in March 2017.

Dan LUCA, originally from Romania, works in Brussels for the last 20 years. He was on the list of Romanian Social Democrats in the European elections in 2009 and between 1997 and 1999 he was Vice President for European Students’ Forum (AEGEE), an organization that has played a crucial role in the launch of the Erasmus program. 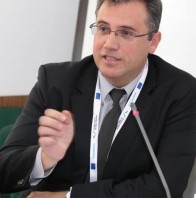