The programmatic document underlying the debates hosted by the 2016 Munich Security Conference was strikingly entitled “Post-Truth, Post-West, Post-Order”. In this context, one can talk about a genuine “Renaissance” of the topic of communication, a rediscovery of its strength to create, spread and amplify dominant narratives and interpretations; of its ability to dominate, with hardly any checks, all other fields of society, be they political, economic, social and what not. Only in the aftermath of the Second World War did communication enjoy such a visible social status, only then were communication experts involved and taken on board when designing, deciding and implementing the post-conflict reconstruction efforts. Answering the more dramatic question as to why communication, especially in what its strategic side is concerned, somehow lost its appeal in the Western world commands the attention of the communication scholars, yet it is beyond the scope of this opinion article.

Communication itself goes through different metamorphoses in the “Post-Truth and Post-Order” era. Fake news, mis- and disinformation, narrowcasting, viral auto bots, like factories, algorithmic engagement, organized trolling, computational persuasion and propaganda – are some of the terms that have been put on the table in order to describe “the new communication and information disorders” associated with the digital age, to underline changes that the current information ecosystem has undergone as a result of the technological means. The term “emerging media” starts to be preferred to the more conventional one of “social media”, building on the idea that “there is nothing social about social media”. It is worth noting that social/emerging social media present a peculiar instance in which a hyper emotional type content that can be amplified by non-human means, that is algorithm and data-driven. We are dealing with a specific form of context-free content in a constant and endless flow of information (public or private), news, entertainment, comments, pictures, videos, advertising, online shopping, dating, computer games and what not.

The social and political effects of this unique combinatio between highly personal(ised) content flowing in a context-free ecosystem where the borders between personal, professional, and public can hardly be drawn start to be documented by the literature: confusion, distrust, cynicism, paralysis, intolerance, digital tribalism, digital barbarism, hyper-polarisation. Contrary to the initial hype, emerging media do not create the “the global village” – Marshall McLuhan’s aptly described utopia, but merely “global villages”, digital enclaves and tribes that are impervious to the exchange of ideas, even to the exchange of facts. The entire planet’s attention have been captured by Facebook in the context of the revelations about Cambridge Analytica newly found science of psychographics and likeography. In my view, reflection should be extended to all Internet/ digital platforms and built around the idea that the new technologies are two-edged swords, offer undreamt of opportunities for expression, mobilization, solidarity building at the same time with creating a genuine “paradise” for mis- and disinformation, for sowing confusion and amplifying polarization.

This essential realization – the consubstantiality between information disorder/ digital disinformation and the explosion of digital platforms/ emerging media should not blind us to the fact that conventional media play their role, too. The fact that conventional media have largely lost their appeal and undergo a genuine credibility crisis is yet another factor amplifying the disorders. Let me briefly remind ourselves that the term “fake news” made it to the top of policy, even intellectual, concerns in the context of 2016 US Presidential Elections. During the campaign, on the occasion of the inauguration ceremony and in many instances afterword, Donald Trump used the term “fake news” in relation to conventional media (CNN and New York Times above all media), as a way to express dissatisfaction with what he considered ideological media bias and negative, unfavorable, even hostile coverage. The reflection on the role of conventional media in amplifying disinformation, the current state of information disorder is further compounded by the fact that they are subject to indiscriminate attacks along with all traditional institutions pertaining to the known post WWII liberal order – political parties, expert-given institutions, educational establishments. They are subject to the anti-establishment, anti-system rhetoric that finds such a fertile ground on digital platforms. Without entertaining nostalgic ideas, conventional media, along with all the other institutions embodied by the post WWII liberal order must be part of the solution, with the necessary self-reflection and due innovation.

And hence, the magical word “solution” popped up. Are solutions to the current information disorders possible, are they desirable? If we embrace the “digital ecosystem” metaphor, we should be careful about blunt solutions “to tackle/ fight fake news”: in the complex information ecosystem, all instances along the “fake – true” continuum are co-created and co-generated, therefore, “killing” one less desirable component may be catastrophic for the entire ecosystem. I consider that any serious effort toward preventing digital disinformation occupying the whole new digital ecosystem should be premised on the following realizations (possibly many more):

4. The current information disorders are associated with structural faults of emerging media/ digital platforms, with socio-economic causes, among which inequality figures prominently, as well as with competing interests among and within states, traditional alliances, state and non-state actors.

Pessimism 2.0? Not at all. The world is in flux, and the shifting geopolitical, economic and technological realities create winners and losers. I consider that the “winning” camp will be mostly populated by individuals, communities, countries and alliances of countries that avoid any kind of nostalgic thoughts (pre-digital, pre-Artificial Intelligence, pre-you-name-it), are credible in defining and pursuing their interests at the expense of moral outrage and moral superiority, and are able to understand that in today’s world, technology, along with “old-fashioned” intellectual leadership, is destiny. 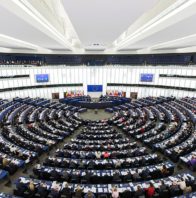 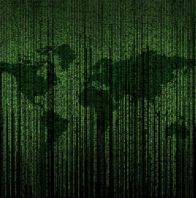 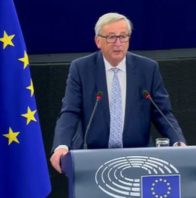 “There is rarely love without disappointment”, said Jean-Claude Junker. How about freedom without prosperity?