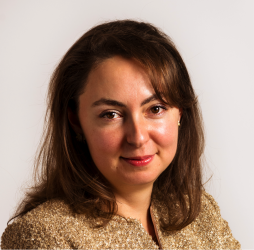 Article by Antonia Colibășanu, originally published on June 23, 2016 at BlogActiv.eu

During a week of Brexit, two other items caught my attention: German (foreign) politics and the announcement of the establishment of the European Border and Coast Guard.

The media buzzed on June 20 and June 21 announcing the visit of the German Minister of Economy Gabriel to Russia. First, it is still not clear whether the visit will or will not happen. The German mainstream media was announcing it citing ‘informed sources in the cabinet’, while saying that Chancellor Merkel had been informed about it (but not anything else) and, according to later reports, the ministry of economy denied the information altogether. And all this happened on the same days that Russian sanctions were discussed. The previous weekend Foreign Minister Steinmeier, also a party colleague of Sigmar Gabriel was quoted saying that Russian sanctions should be gradually phased out, criticizing the western “sabre-rattling and war cries” in the Baltic.

All this must have looked extremely puzzling for someone looking (only) to the German news items on European and foreign affairs, especially as at the end of the day the sanctions were extended through the consensus of the EU members. But when checking the news on internal politics, things clear up – and what was thought to be a geopolitical event…well…is a geopolitical event triggered by internal politics. Which speaks also of EU politics – and EU member states fears.

Sigmar Gabriel was last week calling for an end of the governing coalition, being supported by both the SPD and the Left Party, in response of the growing support for the right wing populists AfD. Both the traditional left wing and the right wing in Germany are losing out due to the AfD – and they’re blaming each other for this. Considering that elections are coming up next year and it is in the political logic for campaigning remarks to start, Gabriel’s call is normal. Steinmeier’s words on Russian sanctions during the weekend can also be interpreted in the same logic, knowing that Merkel has constantly tied Russian sanctions to Minsk agreements and therefore shown no flexibility. While the news on visits and more flexibility on sanctions shown by the SPD were not meant to make an impact on Germany’s or the EU’s stance on the matter, it is notable that Russia has become a topic for internal politics campaign. More, this happens because of the AfD rise – on the background of the refugee crisis concerns.

The second topic catching my eye is the announcement that the European Parliament, Council and Commission have reached an agreement, endorsed by the Council on June 22, on the Commission’s proposal on a European Border and Coast Guard. This is an important step ahead for building up coordination and cooperation among the European countries. The new agency will build on the foundation of Frontex and will have the ability to draw on a reserve pool of people and equipment to be deployed in emergency cases, when countries ask for help – specifically for dealing with refugee crisis issues.

This has been called by countries like Italy and Greece since last year. Now that it is finally agreed upon, the measure will have to wait for the final formal approval in Parliament for another month. Luckily, there is no vacation in between and the matter should be settled in the Strasbourg plenary session in July. While it is frustrating that such measure – calling for urgent action, was taken after months of discussions and the procedures themselves require another month for the final go ahead, it is an important step ahead for the Union cooperation on security. But it is hardly enough.

The main barrier for ensuring a secure Schengen area (and EU) is no coordination and limited communication between national intelligence and security agencies. The fact that one of the Brussels suicide bombers was arrested in Turkey, deported in the Netherlands and released, to then go to Belgium shows the failure to coordinate. In fact, in the hours following both Paris and Brussels attacks, there were several member countries officials talking about the importance of intelligence sharing between governments when it comes to security threats. 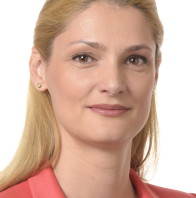 Romania – US relations in Trump era. Where to? 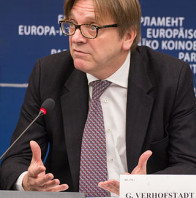 Interview with Guy Verhofstadt, President of ALDE Group in the European Parliament