Owen Ullmann, Managing Editor for World News, USA TODAY, was one of the keynote speakers at the Romanian-American workshop ”Europe at Crossroads: European & U.S. Perspectives” (7th edition), organized between June 23-24 by the Center for Research in Communication (Faculty of Communication and Public Relations, SNSPA) and the Cox Center for International Mass Communication Training and Research (University of Georgia, USA).

During his stay in Bucharest, Mr. Ullmann kindly accepted the invitation of Alina Bârgăoanu, Director of ”Convorbiri europene” to share his thoughts on the Brexit, the relationship between Romania and the USA, the conflicts surrounding Europe, and other pressing contemporary issues.

Flavia Alupei-Durach: Thank you for this interview. We would like to start with the hottest topic of the moment, the Brexit. The partial results of the referendum, at the moment of this interview indicate that 52% voted for leaving. Has the general public in the USA been following this topic? Is the public interested in Brexit?

F.A.D.: What would be the consequences for the relations between the UK and USA, and between the EU and USA? Does this event weaken EU’s position on the global stage?

O.U.: Some defense experts in the US worry that with Britain not in the EU it would be harder to keep track of what’s going on. Britain is considered the window into Europe in terms of military and intelligence. There is concern it will be a loss of detail on what the EU thinking is. Also on economics there is concern, because all the predictions are that UK’s economy will shrink, that trade will shrink, while the US has very strong economic ties with the UK. On what EU’s position after the Brexit is concerned, there will be space to argue that the rest of Europe should stick together, so I think relations between the US and the EU won’t change too much. If anything, it might draw them closer together, to keep the EU from unravelling.

F.A.D.: Do you think the Brexit will generate similar movements in the rest of Europe?

O.U.:  Yes, I think it will have a domino effect. There are already parties around Europe that are not happy with the EU over integration and over different policies. I believe Spain is having elections Sunday, and that may encourage people to vote with the populists. It is also possible that, as a backslash to Britain’s exit, people will refuse to take a chance and vote for mainstream parties. It is a test on the dominant view in each member states, whether they see extremist, anti-EU parties as being the better option or they are scared by Britain’s exit. We’ll have to wait and see what happens.

F.A.D.: I think it also relates to how the public will perceive the consequences for the UK. If the UK falls hard, then probably other states will be reluctant of taking a chance. I am worried that either way member states will try to use this as a form of blackmail or as a leverage when decisions taken at EU level are not according to the political will in those countries. What is your view on this?

O.U.: Right now, what will happen is unknown. We don’t even know what’s going to happen now with Britain and the EU, because it will take years to disentangle. We don’t know whether the impact will be small or very large, but I think you make an excellent point that some will use this as a way to exert more pressure on the bureaucrats in Brussels, to get better concessions on issues such as immigration, debt, deficit… How they do it or when remains to be seen. 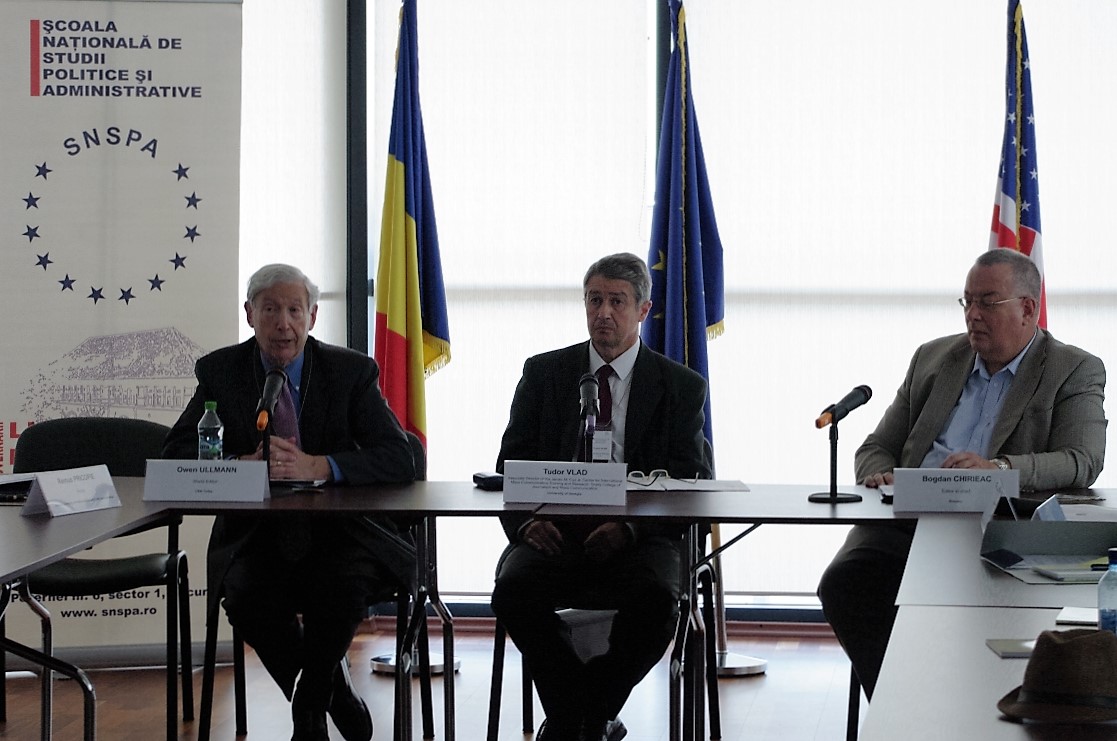 Alina Bârgăoanu: At some point, you compared this event to the fall of communism. Which one is bigger?

The Brexit is not bigger than the fall of communism. The latter changed everything: it ended the Cold War, it lead to realignment, to the reunification of Germany, to the complete transformation of the economies in Europe, changed Russia. I think in 10 years we could look back to the Brexit and say “This was the beginning of the end for the European Union”. It is also possible that this will be a small bump in the road and that it doesn’t slow the EU. In some ways, Britain has never seen itself as being part of the EU. I don’t want to suggest this is not big. If it turns out that in the next two years Britain is really hurt, we might have another vote to reapply for membership. On the other hand, it could lead to fractures in the UK. Scotland voted overwhelmingly to remain. They may launch another referendum to become independent. Norther Ireland also voted to remain. It might lead to new tensions there. They might want to leave UK and rejoin Ireland.

The second part of the interview, focusing on the conflicts at the EU’s borders, on the Transatlantic deficit regarding security issues, and the relations between the US and the EU, will be publish on Monday. Stay tuned!

Owen Ullmann is Editor of the print edition of USA TODAY. In his prestigious career, he covered the White House, foreign affairs, economics and political campaigns. Ullmann has reported from all 50 states and five dozen countries, and has interviewed five US presidents, numerous foreign leaders and other major political and economic decision makers.

He won two awards from the White House Correspondents’ Association for his coverage of the Reagan Presidency. Washingtonian magazine named him one of the top 50 journalists in the nation’s capital. The University of Wisconsin-Madison has twice honored Owen Ullman (alumni) with awards for distinguished journalism. 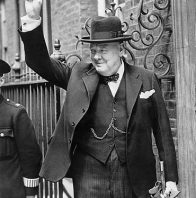 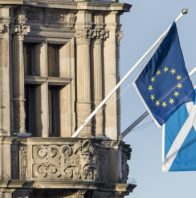