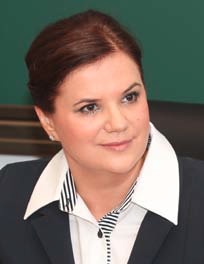 Of all the crises confronting the European Union at the moment, there is one whose importance and dramatism have not permeated the Romanian public sphere yet. It is the crisis generated by the British referendum on whether to remain in the EU. Policy makers and analysts alike find it difficult to frame it as an existential crisis on an equall footing as the eurocrisis, the refugee crisis or the crisis in Ukraine. Instead, we tend to consider it more of a media-inflated topic or a strategy by means of which Great Britain seeks to extract concessions and opt-outs from the European Union. We find it difficult to believe that, one or two years from now, one could heavily debate what, in retrospect, would look like the mother of all European crises. Allow me to mention that the name „Brexit”, built up as it is on the pattern of „Grexit”, is misleading; at the end of the day, nor the Greeks nor the other Germany-led European players put under the question mark Greece’s membership to the European Union. Which makes a sea of difference compared to the British case.

Brexit, or however one may call it, could happen, despite our feeling of disbelief. I will neither make an inventory of pro and against arguments nor assess the implications of a possible Brexit for the EU. Instead, I will make some broad communication-related observations.

Let me start by noticing that both the pro and the against camp share the same central messages: EU status quo is no longer acceptable for Britain and EU is in great need of a major reform. The slightly unnoticeable difference between the messages of the two camps (I mean unnoticeable to the average citizen) has to do with whether British interests are best served in a reformed Union or outside of it, whether it is better for Great Britain to remain at the negotiation table or leave an unreformable Union. David Cameron’s recent statement, that he is only interested in two things, „Britain’s prosperity and Britain’s influence” can easily be classified as belonging to the „exit” camp. Which makes me put forward the argument that, as of this moment, the Brexiters appear to be in a more comfortable position. Since the main messages are pretty much the same, the communication battle will likely be won based on less substantive issues, having to do with the EU context as such (what will be the main topics at EU level at the time of the referendum), with the personalities falling into one camp or another, with the skills and the determination of the campaigners, and, above all, with the enthusiasm that these will manage to bring up in their followers. Out of these, I will dwell on the EU context as such and on the enthusiasm gap, since both appear to play into the hands of the „Leave” campaigners.

The context provided by the workings of the European Union itself represents a challenge to the „Remain” camp. The attempts to regulate the financial sector, the calls for „political Union” (read „political Union” for the eurozone), the appeasment towards Russia are all EU context factors that weigh better for the Brexiters. Above all, the refugee crisis, which, according to all estimates, is here to stay, provides the more sensible, comprehensible argument in favor of Britain leaving. Perhaps it is not completely fair that the overwhelming complexity of the European Union, for all its advantages and disadvantages, is broken down to an easily comprehensible topic: the refugees. I am not saying that this is a simple topic, at least in so far as its resolution is concerned; rather it is a topic which is easy to communicate and which opens itself to so-called easy solutions: let’s close our borders, let’s regain control over our borders. Yes, austerity, deficits, debt, unemployment are equally important topics that strike a chord with the average citizen. Yet none of them has the potential to establish a clear-cut obstacle to their resolution (the EU) and none is as easily communicable.

Second, there is an enthusiasm gap between those campaigning for the „Remain” and the Brexiters. In principle, the former camp should have been in an advatangeous position because of two referendums biases: it is much easier to campaign for „yes” and for the status-quo. Both biases are levelled down in the case of Brexit: there is no „no” explicit campaign, but a „leave” campaign; and the status-quo of the European Union seems, paradoxically enough, uncertain. Since these two biases are levelled down, the enthusiam gap is likely to make the difference. And, as of this moment, the Brexiters appear to be more enthusiast. The way it looks right now (arguably the way it has always looked), Europe is not a subject to make people – in Great Britain or elsewhere – stand up and fight. According to the very words of David Cameron, EU is „too big, too bossy and too interfering”. How can such an European Union evoke enthusiasm in people, make them speak up, unleash passionate conversations, encourage them to take stands – one way or another? When looking at the British referendum this way, it appears as though enthusiasm is one of the scarciest resources that one can find in the European Union right now.

My cursory analysis does not mean that I am on the Brexiters’ side. I strongly believe that the costs of Brexit are huge for the European Union and for Great Britain itself. For Romania and for the whole Eastern Europe, the costs simply defy measurement. It is either an irony or a happy occurrence that it is a British prime-minister, Tony Blair, who aptly said that, had it not existed, the EU should have been invented. At the same time, the truth of this statement does not mean, for the British at least, writing a blank check for the European Union, giving an uncritical yes to the way it looks right now – „big, bossy and interfering”. Europe is worth fighting for, but this fight is worth fighting for the right reasons: for being a progressive and ambitious project that has the capacity to prove relevant to people’s needs, to the needs of the member states and to the needs of the continent overall.

Many Romanians – be they decision makers, politicians, experts, analysts – are bewildered when talks about the Brexit likelihood surface. They tend to ask questions such as „how did we get there?”, „are the British willling to start the disintegration process?”, „will they afford to bear that historical burden and be judged by history?”. I recently read an article about Marie le Pen’s accession to power. When asked to interpret this, Michel Onfrey, a prominent French intellectual answered: „I do not resent her so much as I resent those who made her possible”. A Brexit-related answer can be given along similar lines: maybe it is not the British who are to be resented, but those who have made this possible. And maybe some of the British arguments – be they from the remain or the leave camp – should be heard and attended to all over the EU.

Finally, one should reflect more critically upon the fact that, in Britain at least, one of the few unambiguously „enthusiast” supporters of EU and of the country’s continued membership is the United States Embassy. A stand which has been recently backed up by the Chinese president, on his historical visit to the United Kingdom. 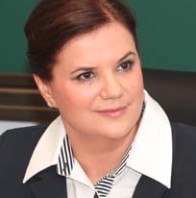 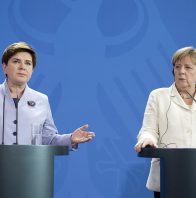